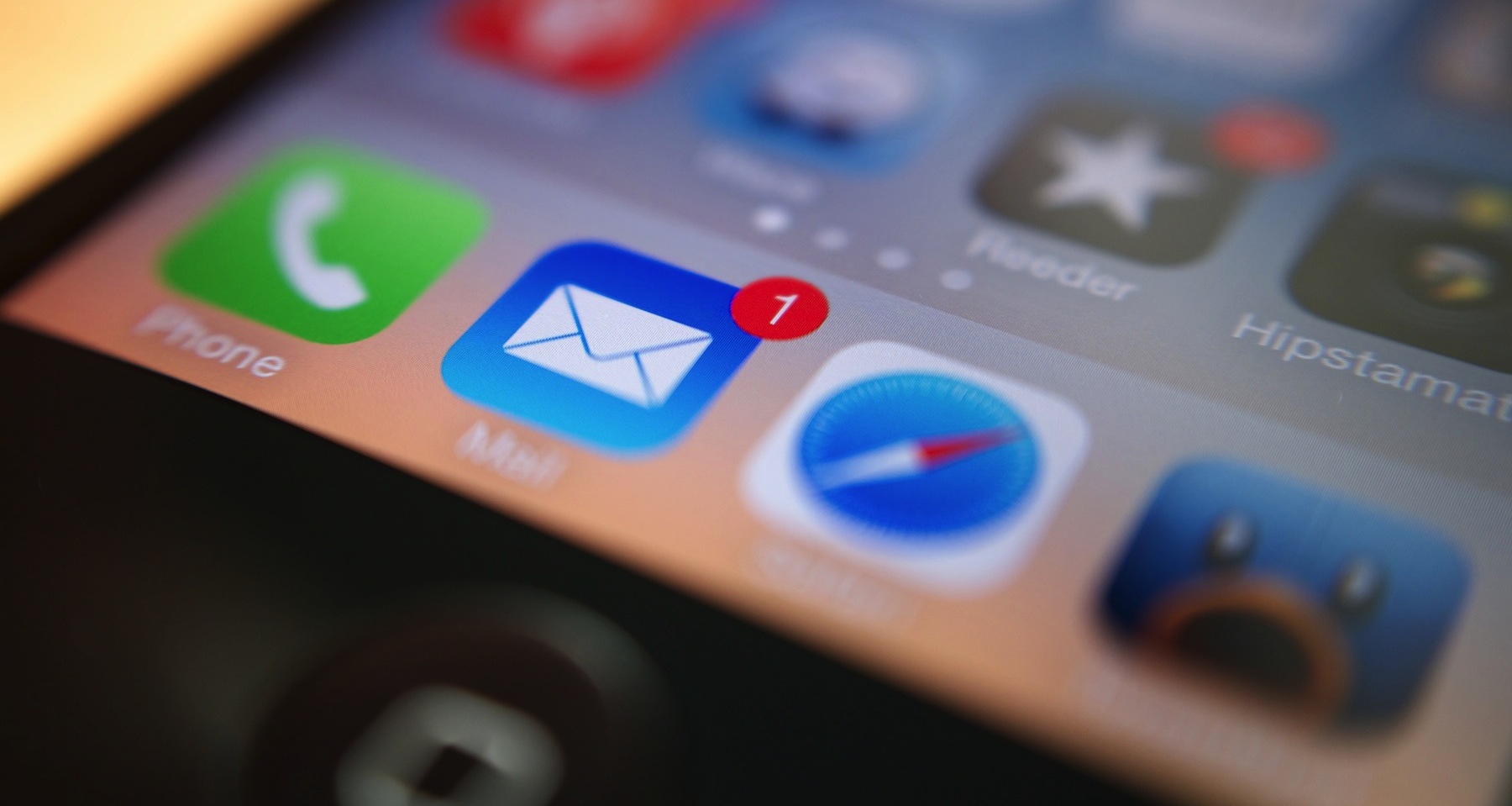 Pretty much anytime Apple releases a new flagship operating system, there are a small, but dedicated number of users who get the urge to update, but somehow forego it. Who are these people? Hackers, tinkerers, and even some average users who want just a bit more freedom over their user experience. I’m talking, of course, about jailbreaking the iPhone and that “give me the new version” feeling they’re bound to experience.

While Apple’s iOS has made great strides in improving its overall experience and functionality in the past couple of major releases—most notably iOS7—for geeks like me and many others, the built-in options just aren’t enough, and we seek to tweak and customize a bit more than just the basics. We’d actually like the ability to alter existing behavior and add completely new features to our phones. But right now (and for the foreseeable future) it’s all on lockdown. Enter the coveted jailbreak—”an elegant weapon for a more civilized age.”

For someone that has been jailbreaking consistently since my first iPhone, it’s most definitely become the norm for me, so much in fact, that when using other iPhones or pulling one up stock between jailbreaks, I often forget that they don’t natively some of the amazing apps & tweaks I use on a day-to-day basis.

Enter the jailbreak—’an elegant weapon for a more civilized age.’

Even my endearing wife, who is not a techie by any means (other than what I spew at her near daily) can appreciate such small improvements; features that prove quite useful to an average user, in addition to providing the more technically inclined a much more dynamic and custom playground.

Such customizations that jailbreakers have become accustomed to using on their devices are, however, constantly under the threat of becoming useless to many. This is due to the fact that the iOS software continues to remain completely locked down, which means that with every jailbreak exploit found and utilized, Apple patches it right up—because it is an exploit after all.

Jailbreakers used to be able to fake the Apple signatures required to install older (read: jailbreakable) software at their leisure using SHSH blobs, but in the most recent iteration of iOS they’ve changed things up (which is much more easily explained by someone who knows what they’re talking about) and will no longer sign for outdated versions after releasing any new update into the wild. You can imagine the collective headache this causes jailbreak fans worldwide, because as these jailbreak exploits are fixed in these updates, the ability to jailbreak an iPhone becomes impossible for the general public moving forward unless you’re still on an older version of the iOS.

The bigger issue of course lies in times when very critical security patches come through the pipeline in Apple’s updates, like the recent SSL vulnerability in iOS 7.0.x (and OSX), which in theory would allow “secure” information to be sniffed out by evildoers wherever. This is as you’d guess very important for a number of reasons, but of course left jailbreakers everywhere in a minor panic. Update their software to iOS 7.1 and fix their issue while losing their jailbreak, or wait to see if the jailbreak community could deliver the fix after the fact? They did deliver the fix via Cydia in the end, but even this couldn’t fix the vulnerability while in “safe mode”.

To a lesser, but still relevant, extent the September 2013 launch of iOS7 itself had jailbreakers (myself included) wondering what to do. Here was this polished new iOS there for the taking, but meant losing your jailbreak for the foreseeable future, as no jailbreak had an ETA at this point—Hell, it may have never been exploited for all we knew. Turns out we got lucky, as the Evad3rs had a pre-Christmas present waiting for us on December 22nd. But should it really need to come to this at all?

Hopes: the fact that there's no jailbreak for the iPhone 5 may push Apple to open a little more their OS for tweaks and mods.

Open source software is seen by millions or users and developers all around the world. Through open sourcing iOS in the future, it would open up countless avenues for these developers to contribute back to the iOS ecosystem in a much more mutually beneficial way.

Not having to waste spend tireless months and months of work trying to crack the shell of iPhones and iPads everywhere would enable them to focus in on the the most important aspects of the iOS environment: tweaking the living crap out of every single thing, creating cool new apps and interactions for use by everybody with an iSomething; but also, and perhaps most importantly, improving security by finding similar bugs and exploits they’ve used to jailbreak iDevices in the past. These people are smart, driven, and as a matter of fact, some have even been hired by Apple themselves for work on iOS officially! But alas, this open source endeavor currently seems to be (here it comes…) fruitless.

The jailbreak community is still as strong as ever, and will continue to be for some time due to many very dedicated hackers and developers who devote much of their time to not only exploiting the iPhone in order to gain access and jailbreak them, but also to creating new concepts to improve and/or tweak the existing iOS interface. They work together to resolve conflicts and provide critical updates (like the SSL bug mentioned above) available to the jailbreak community; they are the real heroes.

Millions of users wait and happily pay for some of these tweaks, and there are a number of jailbreak forums and communities for support, discussion, and home brew (amateur) themes, icon sets, ringtones, and more at the fingertips of users. After the launch of iOS7, I definitely saw in substantial increase in jailbreak curiosity and discussion in places I visited regularly, like Reddit’s r/jailbreak. Whether it was Apple’s newly overhauled interface or an uprising from users looking for more than just the status quo — or perhaps some combination of both — either way it has been phenomenal for the community. JailbreakCon (WWJC), where developers, researchers, themers, and anyone else interested in being a part of the jailbreak community can go to interact with each other in real life, seems that it will be more popular than ever; and deservedly so.

Now for the fun part, or “why you should jailbreak too”. While I have plenty of tweaks and customizations carefully planned out for my jailbroken iDevices, I also enjoy trying out new tweaks (install all the things), and so I feel obligated to pass along a few of my personal must-haves and favorites. In no particular order other than the ones I think of first:

Absolutely one of, if not the best interface tweak available on Cydia for iOS (and OSX) by F.lux Software LLC… and all of it backed up by research into the science of why computers keep us all up late. The short version goes something along the lines of: sleep better at night after staring into the synthetic sun that are our digital devices we love so much. I use this on all of my computing devices no matter what. It is amazing how much of a difference it makes once you see what you were looking at!
(Cydia/Telesphoreo)

A must have for those who’d like to access and manage their iPhone’s complete filesystem. This is highly desirable for a number of reasons, all of which should be obvious to a fellow jailbreaker. ‘Nuff said.
(BigBoss)

This one, by Joe Jordan, is a bit more subtle than the flashier tweaks out there, but is surely a doozy. Nitrous enables Apple’s super-fast Nitro Javascript engine that is normally reserved only for Apple’s own apps on stock iPhones. This means a potentially huge speed bump in web applications across the board.
(BigBoss)

Created by Kyle Howells (iKy1e) is an absolute must once you realize it was missing all along. The concept is simple: instead of having to use your fat finger to try and click the exact spot to edit while typing (while likely blocking the small letters with said finger while trying to do this), you can just swipe your finger across the keyboard quickly and the cursor moves accordingly. Much better.
(BigBoss)

Created by Guillermo Morán (@fr0st), Eclipse is a system-wide night mode for all of iOS! Get blinded no more in the middle of the night when you click your phone on to check something. While iOS7 stark white design makes a lot of sense for their overall aesthetic, it’s not really the best choice in all situations, especially when you’re not given any options at all in the default setup. With this and f.lux, your eyes will thank you!
(BigBoss)

Dirty iPhone? Clean it up! iCleaner Pro, by Ivano Bilenchi (Exile.90) takes care of the mess, cleaning up cache files, unused dependencies in Cydia, message attachments, and much more. Definitely worth downloading ASAP if you’re anything like me — mere moments away from a completely full iPhone.
(Exile.90 repo: http://exile90software.com/cydia)

Another great advantage of jailbreaking your phone is the endless ability to customize even your app icons. While most icon sets I’ve come across are quite far from anything I’d ever use, I was particularly impressed with the Zanilla icon set created by PointVision. If you’re after a simple, & clean aesthetic this set is hands down the best one out there. So much that the other day I noticed my icons went back to stock briefly and it just felt wrong.
(Available on DeviantArt)

By Enea Gjoka (eni9889), this one is yet another that is quite simple, but infinitely useful. You configure how many taps it takes on “Send” before the text message is actually sent out!  While marketed as a solution (or at least inhibitor) to the the drunk text messager everywhere, it is great for daily use for the grammar Nazi, or those who type before they have a chance to think. Did you really want to send that message? No? No problem!
(BigBoss)

Created by Marco Singhof, this does just what it promises in its name; it speeds up all of iOS7’s sloooooow animations. I can’t say for sure why the faster animations felt so much better, but damn it made all the psychological difference while staring at my small screen, of course this was before I disabled animations altogether…
(BigBoss)

Another aesthetic tweak for those that love to customize the look and feel of their iDevice, this one specific to the Messages app. You can tweak and change just about anything about the Messages app to your hearts content: bubble color, background images, show/hide tails, app tint, you get the picture.
(ModMyi)

Ninja edit: A new addition as of April 2014, this one is an awesomely simple tweak by Thomas Finch; I didn’t even know I needed it. No more will notifications pile up on your lockscreen in random order, but instead you’ll get nice clean app icons along with a little number showing how many notifications you have for that particular app. Click the icon and it expands to preview them all for that app. Brilliant.
(BigBoss)

One thought on “The Jailbreak vs. Upgrade Dilemma”